Kratom is an indigenous plant of Southeast Asia. It is scientifically known as Mitragyna Speciosa and locally by various names in Kakuam, Thang, Ketum, Thom, Biak. The tree normally grows to the height of 50 feet and spreads around 15 feet.

Kratom strains have been in use for centuries in southeast-Asian countries for herbal remedies and medicinal purposes. Depending on the color of stem and leaf veins, this tree has different strains such as Green vein kratom, white vein kratom, and Red vein kratom.

If you closely examine the leaf of a kratom plant, you will see tinted veins that give color to the leaf. Each strain has a different chemical composition, which is why they have different effects on the mind and body.

Contents show
1 Green Vietnam Kratom
2 Where Does Green Vietnam Kratom Come From?
3 Cultivation and Harvesting Of The Strain
4 Forms In which It Can Be Consumed
4.1 Chewing Leaves
4.2 Capsules
4.3 Tea
4.4 Toss And Wash
4.5 Mixed in Juices
5 Doses Advised For The Use
6 Why Is It Different From Other Types Of Kratom
7 Users Reviews of Green Vietnam Kratom
8 Strains Having Similar Properties
9 Conclusion

Green Vietnam kratom comes under the strains of green vein kratom. This strain resides among some of the rarest kratom strains. This gives every devotee a solid reason to have it in his possession.

Where Does Green Vietnam Kratom Come From?

This strain secured its place around 5000 years ago in Vietnamese society. It is also in use for centuries among the people of Malaysia and Thailand. People in those times used to chew the leaves for reducing fatigue and boost energy to go through the hard days of work.

This kratom variant is endemic to the Mekong River of Giang province, Vietnam giving it the name Green Vietnam Kratom. That is why it is rarely seen in the world’s kratom market.

If you find it on any online or offline platforms, you will see that it is more costly than other available strains.

Cultivation and Harvesting Of The Strain

Growing Green Vietnam requires a favorable environment and soil that consists of sufficient amounts of minerals to grow. The soil near the Mekong river is highly fertile and suitable for this particular blend’s cultivation. Farmers of green Vietnam kratom suggest that the tropical environment and the minerals in the river stream provide this strain with its unique properties.

Forms In which It Can Be Consumed

There are lots of forms in which Green Vietnam Kratom powder can be consumed. Some of the most common ones are:

One of the earliest practices for intake of Green Vietnam Kratom in local areas was to chew the plant leaves to get fast results. However, the leaves happen to be bitter, so this form is not so common and applicable in other parts of the world.

Capsules are the easiest way to consume anything, as you don’t have to carry a bag or a jar of powder. Capsules provide pre-measured amounts and are handy to use. You have to put it in your mouth and swallow it with water.

If you are a tea lover, you can also brew green kratom powder in the form of tea to enjoy it.

Another way is to take the required amount in a spoon to toss it in your mouth and wash it with water to swallow it down. This method is for those who don’t like the flavor and smell of the product.

Mixing the powdered product in citrus fruits like orange or grapefruit juices is a popular method to mask the taste.

Doses Advised For The Use

Green Vietnam Kratom resides among some of the strongest Kratom strains. Due to high mitragynine presence, smaller doses of the product can also do the trick for you. However, if you have a high tolerance, then you can also go for higher doses.

Moreover, you are advised to start with minimum amounts under the supervision of a medical practitioner and slowly increase the dose according to your tolerance level.

Why Is It Different From Other Types Of Kratom

The difference of Green Vietnam Kratom from other strains is the high amounts of a certain chemical compound. It is recorded that Green Vietnam Kratom has a significantly high value of Mitragynine as compared to other kratom strains, which gives this strain many different medicinal properties.

Users report various effects of this strain, such as stimulation, euphoria, or relieving discomfort.

People having discomfort say that green Vietnam kratom helps them with it, and they feel relieved after its consumption.

Some users reported its effects as a good stimulant. They say that the green Vietnam Kratom’s dose helps them go through the day and makes them energetic.

Users also reported its euphoric effects, and they feel happy and active after consumption. It is said that the high alkaloid content of this strain produces a euphoric feel even with a mild dosage.

If you are well aware of this potent but rare strain, you can understand that its outcomes are very balanced compared to other strains. That’s why it is really hard to find strains that are similar to this specific strain.

Even those strains of green vein kratom that have the same qualities don’t usually satisfy the lovers of Green Vietnam Kratom.

However, the strain that has a very close resemblance to Green Vietnam Kratom would only be Green Malay Kratom.

According to many seasoned users, Green Malay is also a stimulating and mood-boosting strain, just like Green Vietnam Kratom without showing effects of numbness and anesthetics like other kratom strains do.

Some of the other closely related strains that show somewhat similar effects are:

As said earlier, this blend is produced in Vietnam only, and the high demand among consumers makes it a relatively hard-to-find Kratom strain.

It is important to consider that not everyone can take this strain’s doses in short intervals because of its elevated effects. Still, if you want to enjoy the euphoric and stimulating effects for longer periods without re-dosing, then it is the best pick for you.

If you get your hands on an authentic brand of Green Vietnam kratom, you should give it a try. You can search online for vendors that sell pure and 100% original Kratom. Additionally, make sure to look for buyers’ reviews and only then proceed with purchasing. 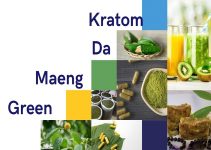 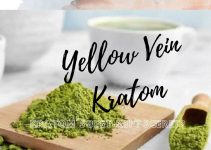