Home
Kratom Vendors
Joe Rogan: What Does He Have To Say About Kratom?

We all know the ins and outs of the kratom industry. Even if you haven’t used this organic matter for years, you would know where it comes from, what it has to offer, and why do people use it. You also understand the American Kratom Association’s role in regulating ketum products is and how does it help customers get the best kratom products. However, very few, or maybe no individuals, are famous for advocating or standing against kratom consumption-except Joe Rogan!

Who Is Joe Rogan?

Contents show
1 Who Is Joe Rogan?
2 What Does Joe Rogan Think About Kratom?
3 What Made Joe Rogan Favor Kratom?
4 Reddit And Joe Rogan
5 Joe Rogan And Twitter
6 Last Words

Joe Rogan is a libertarian-leaning comedian and commentator for the Ultimate Fighting Championship who advocates kratom as a natural stimulant. Joe Rogan has his podcast by the name of ‘The Joe Rogan Experience,’ and he speaks about the benefits of kratom from his experience! 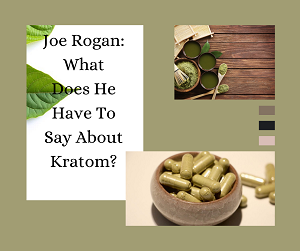 What Does Joe Rogan Think About Kratom?

Kratom trees grow in Southeast Asian countries of Malaysia, Thailand, and Indonesia. The leaves of this tree have numerous alkaloids, and the effect of this substance is similar to coffee-stimulating! While the ketum leaves have been used for centuries in their native land, this herb entered America only a few decades ago. The red, green, and white leaf vein varieties from each location have distinct features due to the unique alkaloid profile.

Since the worldwide spread of kratom, people have become doubtful or suspicious about this organic substance and how it can help them. Joe Rogan has a podcast about why kratom was labelled a scheduled drug by the DEA and why the FDA does not regulate kratom products.

Rogan says that the authorities do not recommend this herb for human consumption due to the lack of research and little scientific proof. He says that all consumers can tolerate kratom results and that this substance rejuvenates the body and mind. We do not endorse or support any of the claims made by Joe Rogan or any other ketum enthusiast, but we discuss his stance on this organic substance.

Joe Rogan believes that the illegal status of kratom in some states is due to the lack of research and the fact that the administration does not want people to use any unknown organic substance. In Thailand, kratom was declared illegal due to the opium trade that was important to the country. Rogan argues that kratom should not have been categorized as a schedule 1 drug since it is a mild and natural stimulant that does not pose any danger for users.

People should be free to choose for themselves, and the state must not punish people for selling or purchasing this natural and safe substance! Moreover, Rogan said that the giant pharmaceutical companies do not want any natural product to thrive because they know that it can put them out of business!

What Made Joe Rogan Favor Kratom?

Joe Rogan is now known as the advocate of Mitragyna in America. He speaks about kratom’s effects, dosage, and use to make people understand that all organic substances are harmless and dosage is crucial in maximizing results. Without any brand’s insistence or request for advocacy, Joe stepped up to educate people about this substance because he tried it and believed that it is a stimulating botanical. Joe discussed the effects, legalization, and potential uses of ketum in his podcast because he believes numerous forces against it.

We always tell our readers that public forums such as Reddit and TrustPilot are a great resource to understand the effects of kratom and find the best online vendors. You can read about Joe’s stance on kratom, and Reddit has several conversations and threads where people discuss his podcast. You can infer from these conversations that hundreds of regular kratom users are interested in advocating this substance.

Moreover, they agree with Joe because they have used Mitragyna products for years and believe that a natural substance is better than chemically-produced products. Joe emphasizes using the right products and buying from premium quality shops so that users can ensure fresh and potent kratom for consumption.

Many people believe that kratom is harmful, so it is not legal in all states. However, Joe Rogan insists that the ban is not due to any danger but due to lack of information and research on the botanical. Since there is not much scientific proof of the efficacy of this substance, people are reluctant to try it, but those who do become regular users. Reddit has numerous conversations where people have talked about how Mitragyna helped them pull through a low period. Then some consumers talk about various sources that sell pure and organic ketum. 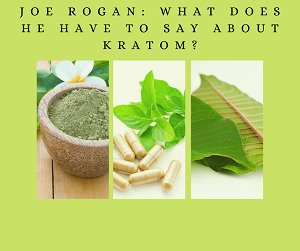 Joe Rogan advocates kratom after the experience, making him more believable! All the people who have not tried ketum but say wrong things about it must learn a few things from this comedian and UFC enthusiast! He recently tweeted, “Tried kratom today for the first time. Ridiculous that this could become a schedule 1 drug. It has a VERY mild stimulant effect.” To this tweet, people have replied with their experience trying Mitragyna, and none of them is wrong. One reply talked about how the authorities and the pharmaceutical giants have created propaganda against this mild natural substance.

Apart from Reddit and Twitter, you can follow Joe Rogan’s videos on YouTube that can guide you to why kratom deserves a try. If you are a regular Mitragyna consumer, you will get many answers that you may have had at the beginning of your ketum journey. However, if you are a potential user, the Joe Rogan Kratom explanations can help you decide why it is worth trying!

Joe Rogan is a comedian and UFC commentator who speaks in favour of kratom and tries to reveal why kratom is not legal all over America. The podcasts and social media follow-up of Rogan’s discussion tell us that this natural substance is worth a try! 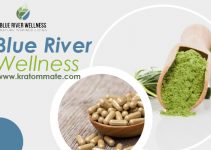 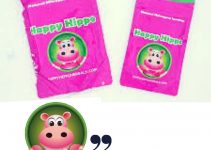 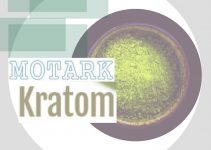