Home
Kratom
Kratom Half-Life – When Does It Eliminate From The System?

Kratom half-life has been quite an interesting FAQ at numerous kratom forums for quite a while. Folks wonder whether Kratom takes days to eliminate from the system or just a game of a few hours. If you are one of those kratom users who have been confused about Kratom half-life and whether it shows up on a drug test, I have got you covered!

In this piece, you will get your hands on a short intro to a therapeutic botanical – Mitragyna Speciosa, what its half-life is, and why you should be concerned about it. Lastly, we will investigate the drug testing involved in tracing Kratom. So let’s get straight into it without further ado!

What Is Mitragyna Speciosa (Kratom)?

Contents show
1 What Is Mitragyna Speciosa (Kratom)?
2 UNDERSTANDING STRAINS THE VEIN COLORS
3 What Is The Importance Of The Half-Life Of Kratom?
4 What Does The Research Say About Kratom Half-Life?
5 Kratom (Mitragyna Speciosa) – Does It Appear In Drug Test?
5.1 1) Your Body Weight And Age
5.2 2) The Kratom Strain You Used
5.3 3) What Was The Amount, And How Did You Take It?
5.4 4) Your Eating Habits
6 Three Common Drug Tests Are Used To Detect Kratom
7 Can We Expect A False Negative On The Drug Tests With Kratom?
8 Final Thoughts

Mitragyna Speciosa is the scientific name of the famous herb Kratom. Native to Southeast Asian regions like Indonesia, Malaysia, and Thailand, Kratom has been immensely used for treating numerous ailments and has been a prominent part of socio-religious ceremonies. This herb has become a fan-favorite of millions out there in no time.

It is known for its incomparable therapeutic effects among Southeast Asian communities and gaining more fame each passing day. Do you know almost more than 5million people in the USA use Kratom for its health-boosting results?

That’s huge! The native farmers of Southeast Asia used to chew the vibrant green Speciosa leaves. As the advancements came up, folks went with the powder form that is dried M.Sepciosa leaves ground to form a powder. The same powder is also available in tablet and capsule form. A few strains are used to make highly potent kratom extract. Surely, wholly organic and pure Speciosa has a lot to offer that too in a natural way. 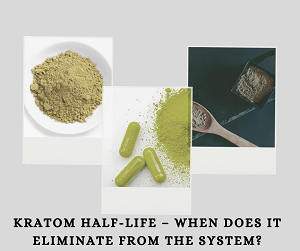 Unlike other herbs, Kratom does not exist in just one final form. Instead, there are three naturally occurring vein colors (Red, Green, and White) and two tailor-made vein colors (yellow and gold). Apart from that, you will find Kratom in almost 20+ strains, and these strains are further available in five vein colors.

The vein color tells about the developmental stage, alkaloids, and the potential effects of that specific kratom type. For instance, the Green and Red Maeng Da are opposite kratom strains. The Red Maeng Da comes from mature and massive kratom leaves, whereas the Green Maeng Da is a hybrid of White and Red and comes from medium-sized leaves of Speciosa.

Similarly, the White Maeng Da originates from young and small Speciosa leaves of Maeng Da Mitragyna. Now you have the basic understanding of Kratom, let us hop on to all the essential details you must know about its half-life.

What Is The Importance Of The Half-Life Of Kratom?

The major reason behind knowing Kratom half-life is to ace the upcoming drug test your organization must be holding. Although Kratom is legal in most states, a few organizations and states have banned its use.

What Does The Research Say About Kratom Half-Life?

According to the research, the half-life of Kratom highly depends upon the form of product you used and how much of a Mitragynine and 7-Hydroxy-Mitragynine was present in its alkaloid composition. This research was a prospective study and included ten chronic, regular, and healthy Speciosa users.

A steady state was established in these individuals by giving an identified amount of Kratom in the form of tea for seven days. Right after the completion of these seven days, the experiment was conducted. First, different doses were orally administered to establish linearity in pharmacokinetics. Then, using the liquid chromatography-tandem mass spectrometry method, the Mitragynine blood concentrations and urine concentrations were collected and measured 17 times in 24 hours.

According to the results, no adverse effects were observed in any of the ten participants. Maximum plasma concentration reached 0.83±0.35 hours, and the terminal half-life was recorded to be 23.24±16.07 hours. So we can assume that it takes almost 23 – 24 hours for half of the Kratom to terminate from our system.

Kratom (Mitragyna Speciosa) – Does It Appear In Drug Test?

So if you are one of those folks who want to be at a safer end and do not want their drug test for Mitragyna Speciosa to be positive, I have got you covered! Since I have come across various research and user reviews, it would be wise to conclude that Mitragyna Speciosa is rarely detected in a drug test. But, it does not mean there is no such drug test where Kratom cannot be seen so that the finger would be crossed in this case.

How long does Kratom stay in your system eventually prove whether it would be detected in the drug test? Have a look at the solid predictors of Kratom’s presence in your system, and try to keep things under control to ace the drug test.

1)  Your Body Weight And Age

Do you know your body weight and age can be huge factors contributing to detecting the Speciosa traces? Since older people have comparatively slower metabolic rates than younger users, we can say that older users may take more time to digest Mitragyna than younger ones. Additionally, Mitragyna is fat-soluble, and it takes more time to leave a fatty body. So for those who have a rich body and are old at the same time, you have to be precautious and do not use Speciosa for several days before the drug test is going to be administered.

Pro Tip – Do you want to fake the drug test? IF you quickly want to eliminate Kratom’s traces from your system, drinking enough water and exercising vigorously would help big time.

2) The Kratom Strain You Used

3) What Was The Amount, And How Did You Take It?

Everyone has a different sweet spot for Kratom. For one user, it can be 2grams, while for another one, it can be 5grams. Although higher doses of Mitragyna help you enjoy those million-dollar therapeutic effects for a longer time, it also has a drawback. Yes, the disadvantage is to provide an extensive detection window for its detection. So make sure you take smaller doses – 1-3grams.

On the other hand, taking your dose also seems to be an interesting factor considering its detection in the drug test. Do you know if you take Kratom orally (chewing leaves, tossing and washing the powder, consuming capsule, tablet, or extract), it stays for a long time in your body? Since Kratom is commonly taken orally, we cannot look for an alternative here, but consuming lower doses would be worth it.

Note: when you smoke Kratom, it gets eliminated quickly compared to its oral ingestion, but the alkaloid may get destroyed if directly made in contact with heat.

Do you know your food and also hinder the drug test results? For example, consuming Speciosa on an empty stomach helps the stomach digest it quickly, and thereby you can expect a shorter detection window too. However, fatty foods absorb Kratom, and if you take it along with them, you are ultimately providing a longer detection window, and its presence may get detected easily. So try not to take Kratom with fatty food and keep it in lower doses, that too on an empty or partially filled stomach. 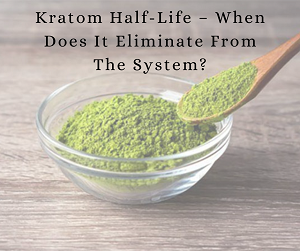 Urine drug tests are too common, and they can find traces of Mitragyna up to 6hours-9days post-ingestion.

Blood drug tests are not as famous as you expect them to be, and if ever they are used, you can expect them to trace the Mitragyna’s presence several days after consumption.

Can We Expect A False Negative On The Drug Tests With Kratom?

Mitragynine alkaloid is not one of those alkaloids that would create a false negative effect. Still, if you take any intervening supplement right before the drug test is to be administered, you can expect an incorrect negative impact. So be vigilant and keep the concerned person informed about your medications that may have caused the false-negative effect.

Kratom half-life is a primary factor to consider when you are worried about the complete elimination of Speciosa from your body. According to research, half of Mitragynine would be eliminated from your system within 23-24 hours of consumption. If your state has made Kratom’s use legal, you can keep your worries about the drug test at bay but if it is banned in your state, make sure you avoid using it for a week before the test is to be administered. 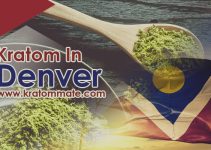 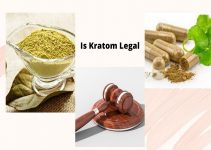 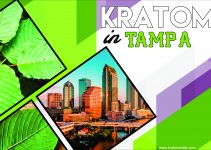