Home
Kratom
Kratom In Florida: What Is Its Legal Status, History, And Future?

The legality of kratom in Florida has always been a controversial topic in the US. Some states are free to use this magical herb, while other states have to avoid its use. Many of the Mitragyna users always seem confused about the legal status of this herb. People have been consuming Mitragyna Speciosa for centuries, since then, they are loving this product.

Florida is the state of the US. It is famous for its hundreds of miles of beaches, beautiful theme parks, orange orchards, and natural sceneries. It is known as the “Sunshine State” because of its warmer climate and abundant sunshine. Moreover, it has the highest number of golf courses in the US. If you live in this state or planning to have a trip there, it is important for you to know the legal status of Korth.

It is a fact that around 1,000 people move to this state every day. There may be some Mitragyna users among them. They must have a question in their minds: is it legal to ingest kratom in Florida? If you have the same question in your mind then, you are at the right place. Here you will get to know about whether it is legal or not, its history, where you can buy it, and its future. To get familiar with all these things, keep on reading.

Can I Legally Purchase And Use Kratom In Florida?

Florida is one of those states that has allowed its kratom users to use this kratom product without any difficulty as long as they are not in Sarasota County. Although this substance is legal in the rest of Florida, there were some attempts made to ban Mitragyna in this state.

In the year 2017, 1st bill was introduced by the House, and 2nd was given by the Senate. These were shown in the state legislature. Both bills demanded the ban of this herb. They stated that the characteristics of alkaloids in Korth imitated scheduled controlled substances that were regulated by the DEA.

However, both of them died in the committee due to the lack of evidence. As of now, there is no bill that wants to ban this herb in Florida. So, you are free to purchase, consume, and sell this substance with no worries. 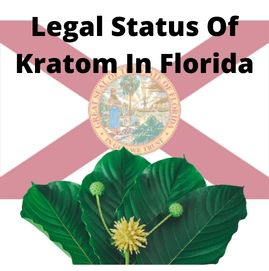 What Is The History Of Kratom In Florida?

Speciosa is legal in most of the cities in Florida except Sarasota County. Moreover, there were some attempts made to ban this herbal product in St. Johns County. Both of them are discussed below.

In the year 2017, a county ordinance was passed in Sarasota County which made Speciosa illegal to purchase, consume, and sell. They classified this herbal product as a designer medication. However, it was based on misinformation as they wrongly categorized it with spice and bath salts.

Possessing this substance became a misdemeanor. If someone is caught doing so, he/she will be fined up to $500 or 60 days of imprisonment. After the ban of kratom in Sarasota County, there was a petition filed to make this substance legal again.

It claimed that it is wrong to put Kratom in the category of synthetic medications such as spices. It is a natural herb and people have been using it for centuries. This petition was signed by more than 600 people but it was not enough to lift the ban.

There were many attempts made to ban this tree leaf in St. Johns County but none of them was successful. In the year 2019, a special task force on controlled substances demanded Speciosa to be banned. The members of the St. Johns County Commissioners’ meeting discussed this matter.

However, there were around 20 Korth users that shared their experiences regarding this substance. They spoke in favor of this product. Due to this, the commissioners overturned the ban.

One of the commissioners said that he did not see any reason to pursue any kind of ban. He talked about both the advocates’ experience, as well as the lack of evidence of the task force.

Where Can I Purchase Kratom In Florida?

You can easily purchase this herb from your nearest head shop or gas filling station. It is the most convenient way to buy this substance. However, it might not be the safest one. These local stores do not have their own Korth as one can not grow this herb in the US. These sellers buy kratom in bulk from online vendors and create their brand.

Most of the local sellers only care about the profit, they do not care about the quality. Due to this, many of the buyers get an impure herb which puts their health at severe risk. Many shop owners do not even test the product. However, if you are searching for the best option to buy Mitragyna, you can opt for online vendors.

There are many benefits of buying this herb online. They sell products that are free from contaminants. Moreover, their products are lab-tested and are organically grown. You can get this herbal product at your doorstep as long as you are in any city other than Sarasota County. You can also get various discounts on many websites.

The best thing about getting your product online is that you find the same product you are looking for. You can search for various websites at a time.

Is There Any Chance Of Banning Kratom In Florida?

There are many controversies regarding Mitragyna in various parts of the United States. It is normal to question the chances of Korth being banned in this state.  Based on the history of this tree leaf, one can assume that this product might get banned in other parts of Florida. But, it is not happening any time soon.

Apart from this, the authorities should make more extensive research on the tree leaf so that they can easily come to the conclusion regarding the legal status of this product. Mitragyna enthusiasts have always come forward to show their support towards this substance. They make sure that there is no hurdle in the usage and distribution of this herb.

According to the Korth users, this herb should be made permanently legal so that they can easily consume it. Furthermore, the KCPA should be implemented everywhere so that everyone lawfully uses this herb. Since there is a Speciosa ban in Sarasota County, the residents have to travel to other cities to consume their favorite Mitragyna products.

The discussion on kratom in Florida is a vague topic that everyone is concerned about. Korth is legal in every part of the state except for Sarasota County. There were also many attempts made to ban this substance in St. Johns County but all of them failed.

If you want to buy Speciosa in this state, you can choose online vendors as they offer great advantages. Moreover, the future of this product is unknown. There are low chances of this herb getting banned as long as you are supporting this substance.

Question: Why Are The Authorities Trying To Ban This Herb In Florida?

Answer: There is not enough evidence to ban this herb completely. However, the FDA and DEA are concerned about the presence of the alkaloid in Korth named Mitragynine. They are associating this alkaloid with dependency.

Question: Can I Buy This Herb From Any Other City And Bring It With Me To Sarasota?

Answer: As Korth is banned in Sarasota County, many people assume that whether or not they can buy this substance from another city and bring it back to this city. Unfortunately, you are not allowed to do so. Please avoid this act, or else you will have to face the state laws.

Question: What Are The Consequences Of Taking This Herb To A Public Place?

Answer: Since Korth is legal in Florida except for Sarasota county, you can take it anywhere you want. 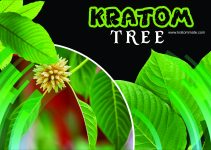 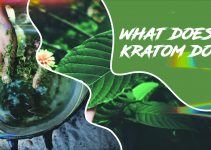