Krypton Kratom: Are you planning to buy kratom from this vendor? Wait! This vendor is associated with numerous drawbacks and does not appear to be worth your hard-earned cash. This brand was one of the notorious brands for buying kratom from local head shops or gas stations.

In addition, this brand did not provide a standard, top-quality speciosa to its potential customers. With time, the warnings started coming up from reputable vendors never to use their contaminated products.

However, we could not find the brand’s presence anywhere, but a few Reddit reviews and blogs helped get the precise info. So here we go discussing everything about Krypton Kratom vendors and why you should never give them a try. 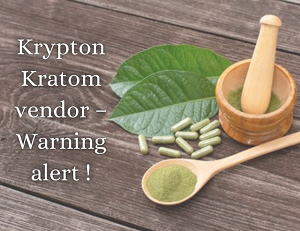 According to the reports and user reviews about Krypton Kratom, the speciosa product they used to sell barely had anything named “Mitragyna Speciosa” in it; yes, you hear that right, folks. Instead, their dangerous products had a loaded amount of O-Desmethyltramadol, a known synthetic sedative, and caffeine. That’s pretty alarming to hear that, but that’s what the reports had to say.

Genuine Mitragyna Speciosa comes from fresh, vibrant green leaves of the M.Speciosa tree, native to Indonesia, Malaysia, Thailand, and Papua New Guinea. These Speciosa leaves are ground in industrial-grade grinding machines to form a fresh and potent speciosa powder. For thousands of years, this herb has been used by native farmers and locals for recreational purposes. But, disappointingly, Krypton Kratom failed to provide the all-natural Mitragyna Specisoa and gained a bad reputation in the market.

Deceitful and misleading marketers tried playing an unfair trick on the public by calling Krypton’s products kratom. However, they hardly had anything, even 1% of Mitragyna Speciosa. The Krypton Kratom had a strong mixture of artificial calming, which was tremendously toxic. Do you know just a half gram of Krypton was equal to 60g of morphine?

The hazardous effects took no time to kick in for all those who took it, and they faced severe health problems. Apart from that, O-desmethyl tramadol triggers our brain’s mu-sedative receptors with 200x times the strength of tramadol. That’s insanely dangerous and toxic.

How Did Krypton Kratom Affect The Legal Kratom Market ?

Although Mitragyna Speciosa is federally legal in the US, a few states have banned its use since numerous contamination cases took place, just like the case of Krypton Kratom. When such contamination cases occur, that too in a state where Mitragyna Speciosa was made legal after a whole hard work of loyal enthusiasts, the legal authorities put even a closer eye on trustworthy vendors. So, where does this entire situation lead? Sadly, it portrays a bad image of Speciosa, leading to more bans in several states, no matter if it is 100% all-natural Mitragyna Speciosa.

Do You Still Want To Buy Krypton Kratom ?

If you still want to buy Krypton Kratom, the risk s all on your shoulders. Their deceptive products would cause extremely hazardous effects, leading to a never-ending hard road ahead. First of all, Krypton Kratom does not have an online presence. You have to look for a vendor who further sells their products. Your search would lead you to unsafe and vague websites that may steal your Google information. So it’s better to keep yourself safe and not give it even a blind trial.

In the past few years, we could see numerous reputable and trustworthy vendors and their customers discussing the hazardous risks Krypton Kratom had been bringing to the table. After this time, we could not find this vendor as active as they used to be, and suddenly, they disappeared completely.

Since then, there has been no web store named Krypton, and neither any gas station nor head shop sells their products. However, even the brand has disappeared, you may find (maybe) an old Krypton product on a dusty head shop shelf that did not make its way to the customer. Therefore, we pledge not to buy any product named Krypton, rather look for a reputable vendor who sells pure and organic Mitragyna Speciosa, directly sourced from Indonesia.

The most hot-selling product when Krypton in its so-called good time was 50x Bali Extract. IF you discuss this product with any regular Mitragyna Speciosa user, you will observe a strange eyebrow rise due to Krypton Kratom’s bad reputation. For all those vendors who regularly sold 15x – 50x Bali extract of Krypton, the upcoming upsetting user reviews created a disaster for their business.

This product was tested further for contaminants and was found to have toxic substances. It would be best to hunt for a trustworthy vendor with a reputable and authentic presence to get your hands on pure and organic Speciosa.

What Are Other Alternatives For Krypton Kratom ?

Since Mitragyna Speciosa has become incredibly famous in the USA, we see a substantial rise in the numbers of both online and offline kratom vendors. Krypton Kratom should not be your last choice on the face of the earth. Rather you can look for a competent vendor with the best kratom products.

Here’s what you have to cross-check while choosing the best vendor to buy kratom online:

1) You have to be 100% certain that the Mitragyna Speciosa you are buying is dire0ctly sourced from Southeast Asia, where it grows in its natural habitat with plenty of rainfalls, the right level of humidity, frequent winds, and organic soil.

2) Secondly, ensure that the speciosa product you are buying is lab-tested by the third party for all sorts of contaminants and alkaloid profiles.

3) Look for the user reviews, and get a quick idea about the pros and cons of your preferred vendor.

4) American Kratom Association has taken strict actions against vendors who have been contaminating the pure Mitragyna Speciosa and developed Kratom Consumer Protection Act. According to this act, the vendor should be GMP-certified if he wants to start a Mitragyna Speciosa business. So make sure the vendor follows all the rules of KCPA and is AKA-GMP certified. 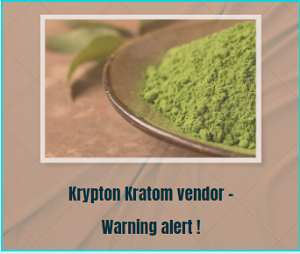 Potential customers looking for Krypton Kratom to buy Speciosa should be vigilant. Although their products “seem” to have the best kratom blend and may be invading the head shop kratom products, the reality is far bad and inferior. Much thanks to the user experiences and their reviews over various online forums like Reddit and I Love Kratom, and the protest by other Mitragyna Speciosa vendors, the reality of Krypton is no more under the surface.

Their Mitragyna is not what they claim but a heap of contaminants and toxic substances. So if you want to buy kratom, look for the best vendor with lab-test reports available to gain your trust.

No, Krypton’s 50x Bali extract is not a pure Mitragyna Speciosa and may cause health-damaging issues.

According to the GMP standards, this vendor does not sell pure and lab-tested Mitragyna Speciosa. So it is wise to keep yourself at bay from these vendors.

We are not sure about it; however we could not find any product from Krypton over the internet. 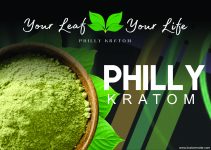 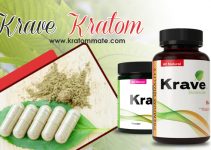 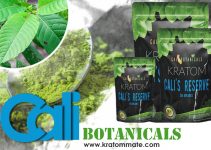